Continuity and speed of service are vital to a municipal service. Furthermore, there is usually only a relatively small team managing an extensive, data-sensitive ICT and network infrastructure. The City of Wervik's Bart Vanneste and Pepijn Deneut explain how the Dell EMC VxRail hyperconverged infrastructure offers the ideal answer in these circumstances. 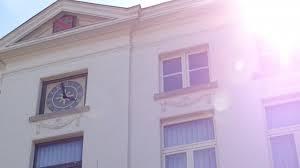 Wervik is located in the far south of West Flanders, right in the middle of the Kortrijk-Ypres-Lille triangle. The border town has a population of just under 19,000. A three-person team handles ICT for both the municipal services and the housing and care division.

"The medical data is enough to make our ICT infrastructure's operational reliability crucial. We need an ICT environment we can count on," says Bart Vanneste, Internal Support and Digitalization Coordinator. "As our department is not on-call 24/7, we do everything we can to avoid continuity problems."

From three-tier model to hyperconvergence

"Our previous infrastructure consisted of a three-tier model, with a network, a data network and ESX servers. It worked well, but was less stable than the system we're using now," adds System Manager Pepijn Deneut. "Its management was also quite complex. Due to our limited staff, we were frequently forced to resort to external workers for patches and updates. With VxRail, this has now largely disappeared."

The City of Wervik's ICT environment was already designed to be redundant. "We have two identically configured data centers with a fiberglass loop connection," continues Bart Vanneste. "Although this does provide a measure of security, we needed to spend a week synchronizing data after any power cuts, which also meant sacrificing our redundancy for the same period of time."

Initially, the plan was only to invest in extra storage. Pepijn Deneut: "At the same time, we became increasingly convinced of the desirability of hyperconvergence with a view to lightening our load and increasing stability, among other things. We met with various suppliers, but from the start we had the greatest confidence in Dell EMC and Realdolmen's solutions and services."

"Previously, we invested in servers, storage and network separately. Dell EMC VxRail covers them all. This saves time thanks to fewer migrations and more efficient management, as well as providing a more stable, reliable environment."

Thanks to the extensive virtualization offered by the VxRail appliances, the city can handle both the infrastructure's hardware and software layers through a single management platform. "I think the biggest change is that we are now managing the entire ICT infrastructure through one console," Pepijn Deneut continues. "VMware's storage and virtualization technology gains us an overview that includes VxRail and the virtual storage network (VSAN). Centralization has significantly reduced the complexity of our infrastructure."

According to Bart Vanneste, daily operations haven't seen many significant changes. "We do notice some additional speed due to the migration to a full flash storage system. This clearly outperforms the three-tier model. Data deduplication or intelligent compression has also reduced our storage needs by eliminating unnecessary data," explains Bart Vanneste. He also considers the use of ten nodes a great advantage. "Where in the past, we had to restart all systems in the event of server problems, the nodes are spread out now. That means we only have to restart some of the servers."

The city's organizational chart places Bart Vanneste at the management level. "This gives me the advantage of a direct negotiation line, when investments are involved for instance. However, it goes without saying that we must substantiate each investment thoroughly and that the city monitors the budget closely. In this case, reliability and data security were among the deciding factors. What also played a role during this project was that we needed more storage space for our camera network anyway. We handed over our existing storage capacity for this purpose. That eliminated additional costs, allowing us to direct those funds toward the hyperconvergence project we purchased through a framework contract."

According to Bart Vanneste, it is important to consider the investment from a longer-term perspective. "Previously, our servers would need to be renewed one year, after which it was the storage's turn, and then the switches and the network. That also meant various migrations each year. Now we are opting for a single solution to cover it all, with five years of support. No additional annual investments will be required and we won't need to spend all that time on preliminary research. Include fewer hours of work, and costs and benefits start looking quite different than if you're looking purely at the investment costs."

Pepijn Deneut also adds that the migration went very successfully and that the Realdolmen team is always prepared to provide the necessary support. It is clear that the City of Wervik's ICT department is future-oriented. It's no coincidence that Audit Vlaanderen praised this team for the redundancy of their ICT infrastructure.

Could this be of use to your organization?

Are you curious to see whether VxRail is the right solution for your environment? We would like to offer you a free data center analysis using Dell EMC Live Optics. This tool allows us to map out your current IT infrastructure. We use its extensive analyses to better understand your environment, optimize your IT investments and evaluate growth opportunities more easily. We offer this service free of charge. Click here for more information or to request a data center analysis.

VxRail from a Realdolmen perspective

How do our Realdolmen experts rate VxRail, and in which cases do they recommend this technology?