Artificial Intelligence is a widely debated topic. It incites controversy due to the different approaches and contradictory explanations associated with the topic.

In this whitepaper, we eschew grand statements and questionable ideas about the future in favor of getting to the heart of the matter. The aim is to be precise in order to understand AI and gain an idea of how this technology has developed. We explain the basic principles and look at them in practice based on some inspiring use cases. We also take an in-depth look at the core of this technology: data.

AI is an intrinsic part of today's society, which is why we asked several economists and politicians to offer their take on this subject. We also take a few detours through the world of art and culture. Furthermore, we have included a summary of the European Union's legislation choices in order to gain an idea of the overall picture. 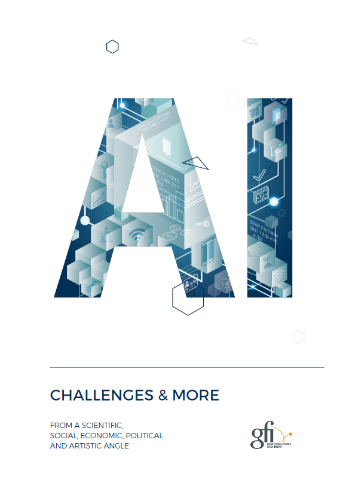 What can you expect from this whitepaper? Fifty pages packed with information and inspiration about AI.
The white paper is in English and was compiled by the Gfi Group, to which Realdolmen belongs.

The following chapters are included in the whitepaper:

Let us know where to send our digital carrier pigeon.

Would you like to receive our newsletter and stay informed about your preferred topics?