The Internet of Things (IoT) generates a wealth of information that can be used to make business processes more efficient and improve the general customer experience. The data it collects enables you to develop new business models. But how can you – as a company – climb aboard this high-speed train easily and efficiently? KPN, the largest telecommunications company in the Netherlands, is working with Realdolmen to develop KPN Things: a flexible total package that enables you to set up and manage IoT solutions easily, rapidly and with no problems.

The IoT is developing rapidly, but has not yet been widely adopted. Innovators are already working with it and many companies in the Netherlands have already run pilots (e.g. together with the Minimal Viable Product team at KPN), but the vast majority have not yet taken the plunge. Unknown territory is often considered to be rife with difficulties, which is why many people adopt a "wait and see" attitude. KPN sees the potential in this market and is therefore investing heavily in it. Offering connectivity alone, however, is not enough to help customers implement an overall solution. In general, it could be stated that KPN's primary goal is to help more people understand the workings of the IoT in the Netherlands. KPN feels, in fact, that its customers shy away from the complexity implied by the IoT – in the form of many different sensors and actuators – as well as the specific characteristics of the communication networks. In other words, the learning curve of being able to deploy connected devices properly is often a steep one.

Making it easy to digest

KPN started to build an IoT platform called KPN Things in 2016. This is an integrated package comprising hardware and connectivity to data services, which helps to make all aspects of IoT solutions easier for customers to deal with. It breaks the larger topic down into small pieces for companies seeking to get to grips with it and turn their business applications into "connected" ones. For customers who do not know which hardware best suits their IoT business case, KPN offers devices it has tested in house. It is simple to connect these devices, and plenty of support and documentation are provided. This makes it simple for a customer to commission devices. KPN Things removes all the complexity, thereby resetting the entry threshold to zero. And it does not stop there: the minimum viable product team is also taking a tactical approach to the matter. The team provides recommendations on the type of devices that can best handle the customer's current issues, and works with you to find a solution using KPN Things. 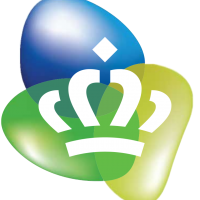 Our collaboration with Realdolmen has enabled us to translate our business requirements into software that works well and adapt to the changes we encountered in a flexible manner." Furthermore, thanks to Realdolmen we now have access to highly relevant domain knowledge, allowing us to take our product the next level.

To get there, together

Since the beginning of 2015, Realdolmen has been actively working with the IoT with regard to design, construction and platform-related activities. Realdolmen played a key role in the development of KPN's multi-deployable IoT platform. It is a next-generation platform for general use, which was built with industrialization and sensor interoperability in mind. The collaboration between Realdolmen and KPN covers all areas – from design through to implementation of the product – and the two companies are planning to work together during the industrialization phase. Realdolmen's product vision has allowed KPN to make inroads into this business segment. We seek to jointly implement the features that the market needs based on input from our developers, architects and technical designers, i.e. the people with the knowledge to realize the full potential of this product.