It's all James Bond's fault!

If I had a penny for every time I heard a person has "forgotten" their training, I probably wouldn't have to work anymore. Anybody working in the professional training sector in some capacity or another has probably had the same thought. It seems like some people would rather kiss a leper than engage in a proper conversation about the need to help users adapt to the changes that IT projects invariably bring about.

If you ask why this is, you often hear people say it is because of "money." Training or supervision is apparently much too expensive, making it a popular scapegoat if the budget threatens to spiral out of control. Some colleagues – or should that be competitors? – go along with this logic and sacrifice quality for a few extra training days. This is a sacrifice I'm not willing to make…

But let's get back to the crux of the matter. Money might well have something to do with it, but I don't think this is the only reason why training occupies such a marginal position in our male society (which IT still is). The penny dropped when I was watching Die Another Day. In this Bond film, Q hands James a user manual to read, but the super spy expertly shoots it to pieces with the machine guns on his Aston Martin. 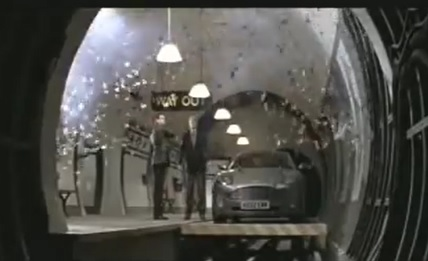 That was when I had my eureka moment: ever since 1962, successive generations have been confronted by a role model who gets to play with the coolest, most cutting-edge gadgets, and who can use them efficiently and effectively after a couple of comments or a few words of advice from Q. As we're all a little bit jealous of the world that James Bond inhabits, we don't want to be seen as wimps and admit we actually need proper training.

Well, guess what: I have a surprise for you. Even if you prefer your vodka martini to be shaken, not stirred, you're not James Bond. In the real world, we need training and supervision. We aren't the kind of heroes who can simply throw away their traditional phones and start working efficiently with Skype for Business. We can't just bid farewell to file servers and make the switch to SharePoint. And there's no way we're making a seamless transition from one development framework to the next or watching our servers evaporate into the cloud.

A certain generation will doubtless label me a dinosaur for this. To some extent, it's true that training is being replaced by Google, YouTube and so on. Personally speaking, I also use these channels if I need the lowdown on a specific feature of Excel or if I can't find the right setting in Windows. However, the basis, the foundation on which I have been able to build over the years, came from passionate trainers who used their knowledge and a structured approach to provide me with the skills and insights I needed.

I would like to finish off with a few rousing words to everyone in the world of IT: don't be blinded by the make-believe world of James Bond. Join us in the real world and create an in-depth plan that will encourage users to learn to work efficiently and effectively with their indispensable IT tools. Ultimately, it is the level of user adoption that determines the success of a project!

User Adoption includes processes that lead to people efficiently and effectively using a new solution and leaving behind their old way of working.