From an internship to lead developer in just a few years

For most people, their first job – or certainly their first internship – is the first time they come into contact with the world of business and all it has to offer. They are literally at the start of their career. They can go in any direction they choose. Though they are often unaware of the twists and turns their career path will take, they know one thing: they want that path to lead to the top.

Vacature.com asked a group of millennials what they expect from their jobs. They said that family is extremely important to them, meaning that achieving a good work-life balance is critical. However, this is not to say they lack ambition. In total, 60% of Belgian millennials seek to make rapid gains in their career, while 70% seek to secure a leadership role. They see the concept of a leader as archaic; instead, they want to be mentors. They feel that being a mentor is a good way to have more influence on the company they work for and to gain more autonomy. 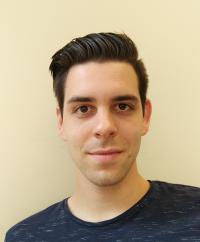 David Hemmerijckx is part of this 60%. He is 28 years of age and currently works as a lead developer at Realdolmen. He is also a mentor and a point of contact for around 20 colleagues, contributes to acADDemICT – Realdolmen's young graduate program – and is an internship coordinator. What started as an internship at Realdolmen in 2011 has since flourished into a multifaceted role.

Truth, daring and getting on with it

"I started an internship at Realdolmen in 2011 while studying applied informatics. It went extremely well – I benefited from excellent guidance and a pleasant atmosphere at work. During my placement, I was asked whether I would be interested in joining the acADDemICT program after completing my degree. I snapped at the chance, deciding to do something that I enjoy. The Java track consists of a paid three-month training placement and two large practice projects. These projects gave me the chance to put everything I'd learned into practice. It didn't feel like work – not least due to the great group of graduates I was with – and proved to be the perfect transition period; despite the firm basis provided by my studies, I learned a great deal. After the program, I was immediately able to start working for my first customer. By starting in a junior position, the focus was primarily on developing my technical knowledge. I also got to know the Realdolmen development plan, which gives employees the chance to list their strengths and weaknesses and express their wishes with regard to the kind of training they would like to do. I said that I wanted to obtain certain certificates, which was something my manager was quick to sign off on. Realdolmen acquired all the requisite reading material for me, and I started to crack the books. Within two years, I had four certificates. This was quickly followed by the question as to whether I – based on my experience – would like to supervise some internships of my own. I immediately knew that this was something I wanted to do because it would allow me to give something back to our community. Since then, I have supervised internships every year and, in doing so, developed my coaching skills. This meant that I have been able to hone my soft skills in addition to my technical expertise. After three years, we used my development plan as a basis to determine what the next step in my career could be. I indicated that I could see myself as a lead developer. My manager saw that the potential was there, but thought it was still a little too early. This is why I took part in a number of one-day training courses which focused on coaching and management. Not long after that, I had the opportunity to lead a project for one of my customers. The project went well and the customer was satisfied. I felt comfortable in my new role as a lead developer. During that particular project, I managed a team of dozens of people and served as the point of contact for all technical matters. I also communicated with the project manager and worked with others on making architectural decisions. I took another step along the management path, too: at present, I supervise around 20 people in the Java team and now do a number of tasks usually performed by unit managers to help relieve the burden on them. As a result, I am the first point of contact for these 20 or so colleagues and I hold regular one-on-one meetings with them."

"When it comes to your career, you are in the driver's seat," says David. "By using my development plan to clearly express what I want to achieve, I can actively help shape the direction my career will take. The development plan is a tool that forces you to think about your own needs and makes it easier to talk to your manager about your next steps. Taking the initiative (and being bold enough to do so) is so important in this regard. You know your strengths better than anyone. Only by making people aware of them can you take sound and rapid steps forward."